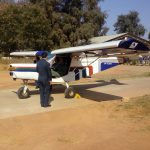 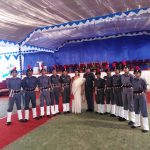 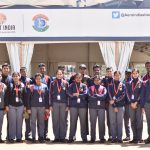 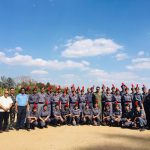 The NCC is the largest uniformed youth organization. Its motto is ‘Unity and Discipline’. NCC is second line of defence. Ramaiah College of Arts, Science and Commerce offer the training under Air Wing of the National Cadet Corps since 2016.

Total training period for SD and SW is 3 years with an extension of 1 year permissible & training. Every cadet has undergo training for a minimum period of 75% of total hours during the annually. Every cadet have attend minimum one camp to appear for ‘B’ Certificate exam and two camps ‘C’ Certificate exam. The total number of parades in a year is eighteen. The regular parades include training in practical and technical.